Dr. Maureen Hanson has been elected to two important organizations in April 2021.

Shortly after, on April 26, the National Academy of Sciences released their list of 120 newly elected members. Hanson joins a renowned group of national and international scientists.  Members are elected based on “their distinguished and continuing achievements in original research.” Election to the NAS is one of the highest honors in the scientific field.  The Cornell Chronicle has a second article featuring two faculty from Cornell who were elected this year. 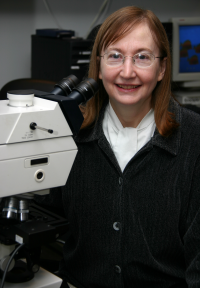